Let's try this, shall we? 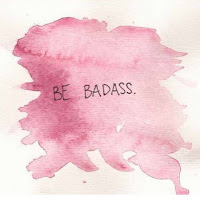 I am a big believer in the universe and the powers of attraction and positivity, and all that jazz.  Hippy dippy bullshit, as people I know are prone to say.  Anyway, within the last couple of weeks, I have had the universe essentially slap me in the face with the fact that :
a) I am not blogging
b) I want to be blogging
c) (miracle of miracles) OTHER people want me to be blogging too

So, thank you Universe, I am going to try and listen.

Let's start with a bit of a recap and some ground rules.

It's been the better part of 2 years since I blogged regularly.  There have been some changes in that time.  The biggest is that G and I are separated.  He has an apartment and a girlfriend.  We are trying very very hard to be friends (some days are infinitely more easy than others :P) and we share the kids.
This is a huge change.  Very impactful to everyone in my life, sometimes in ways I didn't expect.  I struggle somedays with the structure of my new life, being on my own in the house, with the kids and the animals and the bills.  Geoff struggles with the simple fact that it happened and being in a new place and out of his house and with having the kids only part of the time.  I am finding my happiness in all of this.  He is trying to do the same.

As it should be, right?  After all, that is the point in all of this.  The reason behind the tears and the anger and the fear and the disappointment- I am supposed to be happier.  Or at least on that path.  Right?  Right?!?!?

And I am.   It is difficult to admit to sometimes.  Sadness and depression are a badge of honour in a twisted way. See how well I persevere and survive when I am so sad?  Admire me for getting out of bed and functioning on the days when I can barely lift my head.  There is an attraction to living that kind of life.  And for a while, actually a long while, that was just how I was.  Legitimately, without pretense.  But now, when those days are getting to be the exception and not the norm, it's just not in me to do.  I want to be happy.  I want to smile and laugh and find the good in my day. Unfortunately there is a tremendous amount of guilt that comes along with that.  I am working through it. 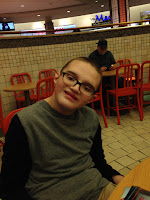 That brings us to some of the ground rules.  These are mainly for me, but I am sure at some point, I am going to skirt the edge of these and hopefully pull myself back and I want you to understand why.

When Geoff and I were separating, really and for true, I made him some promises.  One of them was that I would never bash him in my blog.  That I would keep what is private, private.  I would respect his secrets as I expect him to respect mine.  And in a marriage, there are a whole host of secrets, aren't there?  We have both slipped in that, a couple of times, and that has been forgiven as a part of the healing process.  But the promise I will keep- this is a no bash zone.  So, if you are looking for the "Geoff is a fucking asshole" posts, you are going to be disappointed.  :) 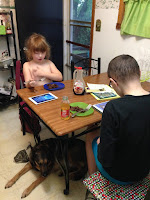 I am sure over the coming weeks and months, I will fill in some of the blanks in regards to what the separation looked and felt like.  But for right now, it's enough that it happened.

I am still homeschooling Sebastian.  We are hit or miss in the scheduling department, and a little loosey-goosey in the topics to be covered, but we are doing it.  We have an online program that we are using and it seems to work really well.  It is animated and fun and he likes to use it. I don't know that we are making progress in terms of reading and writing and math, etc. But he is happy and content.  He is calm and sociable.  That is worth it for me.

Sebastian is still riding horses and now, surprisingly, so am I.  We ride together and he is starting to last a longer time in the ring.  Part of the problem is his fatigue when he has a bad night's sleep, but we will work on that.  So far I have fallen off the horse once and had my horse almost smush Bastian.  This causes me a bit of anxiety and I am trying to work through that and still be excited about learning and helping my boy. 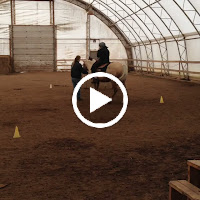 Sawyer is still highland dancing, and doing wonderfully.  And it looks like I will be doing that too.  Yeesh!  Actually, I am very excited to start learning with the other moms and to have the year end Mother/Daughter dance. 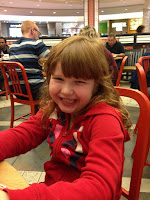 I asked her first, to make sure she wanted it.  If she was embarrassed of her old, funny haired, tattooed mother taking dancing with her, then I would respect that.  But her eyes lit up, and she clapped and jumped and I took that as sign that she wanted it.  So, horses with Bastian, dancing with Sawyer.  And all is right with the world.

So, those are some of the bigger changes that have happened/are happening.  There are more, I'm sure, but my writing muscles are rusty and flabby and I need to build up to that. 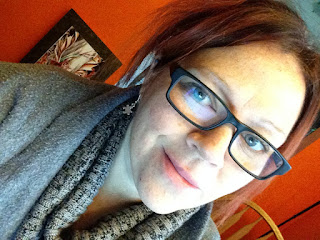