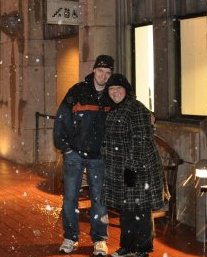 Friday, Geoff and I were supposed to spend the afternoon with friends, having beers and listening to bands.  Long story short, people started dropping out, and we decided to postpone the event for a time when we could actually all get together.
I had booked the day off work, but ended up having to work the morning.  I decided to keep the afternoon off and spend some time with Geoff.
We haven't had alot of time together lately.  We have the kids, obviously, but when we do go out, it tends to be with other people, so it really isn't condusive to one on one interaction.  So, spending the afternoon together was a new(er) experience for us.
We dropped the kids at my mom's, and they were staying over night.  SCORE!  :)  Don't get me wrong, I love, love, loooove my children.  But they are not always able to provide me with a good nights' sleep or a sleeping in opportunity.  I take what I can get. 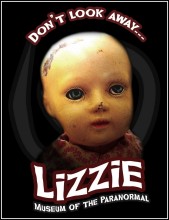 Geoff and I then headed out to the Paranormal Museum in Niagara on the Lake.  I had gotten a Groupon for it a while back, so we got to check it out on the cheap.
It was pretty cool, a little cheesy, but with some interesting and creepy things.  They have a window from the Donnelly's farmhouse, post-mortem photos and Lizzie.  Lizzie creeeps me out.  She is an old doll (horrible) and people claim that sometimes, she blinks at them.  No matter where I was in the room, I tried to keep an eye on Lizzie.  I didn't see her blink, but I probably would have peed my pants if I had.
They have a gift store there too.  It has some cool stuff, some ridiculous stuff.  I do think that our photos would be a good addition.  The person working the register, however, was very occupied discussing spirit guides with another customer, so I didn't think that she was the one to discuss merchandising and vendor relationships.  So I am going to email them and see if they are interested in carrying our photos. 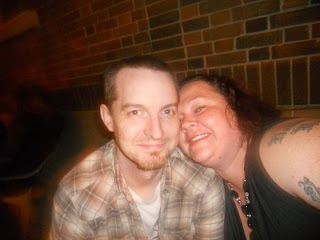 After that, we walked around NOTL, checking out the shops and window shopping.  We stopped at the fudge shop and the english bakery.  I got an amazing tart at the bakery, chocolate-peanut butter- skor- caramel.  Amazing.  So good.
We headed out for dinner.  We tried the Syndicate, a brewery and restaurant in the Falls.  I wasn't sure what to expect, but this was really nice and good.  The food was a little fancy, but delish.  The beer was ok, but altogether it was a really nice dinner.  We chatted and talked about stuff and acted like grown ups.   We did talk about the kids, but in good ways.  It was just really, really nice. 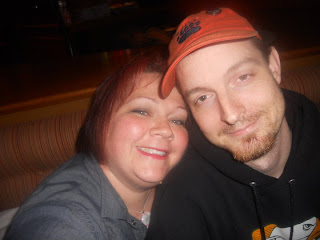 We tried to decide what to do next and thought about maybe going to a movie.  There wasn't anything we wanted to see, at least not together (I would have seen Contagion, Geoff woud have seen Elite Killers, or something like that) so we hit up Blockbuster to pick up some sales.  There were some trashy, trashy people there, so we got out as fast as we could and headed home. 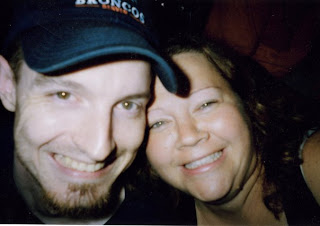 We were in early, and just watched some TV.  I had some OT to do, but I left it.  I didn't want to work.  We just hung out, watched Top Shot and chatted some more.
All in all, it was a great night.  I missed Geoff, so it was good to see him again.  Maybe we can do it again sometime.
Rosie N. Grey
The N stands for "next time shouldn't be a year from now".
Posted by Rosie N. Grey at 11:38 PM