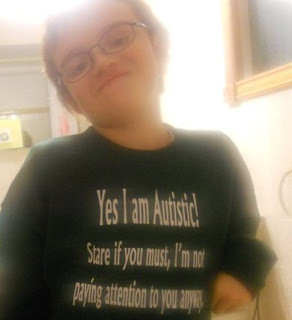 Today, Geoff and I met with Sebastian's occupational therapist.  He has been seeing her since February, and it was time for a meeting to set some new goals and targets for the next 6 months or so.
It was a fantastic meeting.  She had some great feedback regarding Sebastian and his progress.  She has some funny stories about him and shared some of her frustrations.  It is so nice to get good feedback.  We very rarely get good, tangible feedback regarding Sebastian.  It was lovely to hear, even when she was talking about his stubbornness and idiosyncrasies.
We have set some new goals for the winter.  We are bringing in his bicycle on Monday, and over the winter, she is going to teach him to ride it.  I am so excited!
We gave up on Sebastian ever learning to ride a bike.  He hates the feeling of unsteadiness, his balance and equilibrium are not good, so he panics easily when the bike shifts.  His core body strength isn't sufficient to hold the bike upright with just two wheels (so we have training wheels) and he can't grasp how to make the pedals work, alternating the pressure from foot to foot to make the wheels turn around.
But Kathleen has him riding a stationary bike.  Amazing.  I can't wait to see what else she can do.  It will take all winter, but by spring...who knows???
The main push of our meeting however was for Geoff and I to learn how to brush Sebastian. 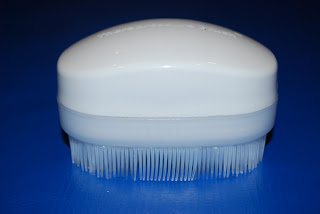 The process itself is called the Wilabarger Protocol using the therapressure brush.  It is a soft brush, with multiple bristles on it.  This brush is used on Sebastian's arms, hands, thighs, calves, feet and back.  Following the brushing, we do joint compressions on all his major joints, and then touch massage on his face.
Based on the Protocol, we have to do this about every 2 hours, or 6 times a day.
Yep.
Essentially what this will do is provide multiple benefits for Sebastian.  One, it will help him with his spatial awareness. Kids with autism often have trouble defining their physical space in their environment.  They might not know where they end and where everything else begins.  Two, autistic kids tend to be high anxiety because of something called Sensory Defensiveness.  Essentially, kids that are sensitive to sensory input will react in ways to limit the overload that they receive from the noise, smells, sights, temperatures and everything else that bombard them every day.  Some of the autistic kids will spin, yell, cover their ears, fight and lash out.  Others, like Sebastian, shut down.  His defense mechanism is to tune out everything, to fall asleep, to focus on a single object, sound or sight.  Both reactions drive their anxiety up, which then increases the cortisol levels in his body.  A build up of cortisol will lead to lethargy (check), a paunch, even in thin people (check), a lack of focus (check) and a difficulty in focusing and learning (check, check).
The brushing has been scientifically proven to assist in the breakdown of cortisol in the body.  It increases endorphins, which attack cortisol, and increase the breakdown.
So, we are starting this brushing protocol.  I have ordered brushes and compression shirts for him.  Once we get them, then we are ready to start.  I can't wait.
Kathleen showed us how to complete the task, by completing it on me.  She was surprised by my reaction, because following the session, my face was flushed, I was a bit sweaty and warm.  It felt good, I liked the compressions and the brushing.  She said the flushing and warmth proved that it worked.  She explained that it takes about 20 minutes for the protocol to kick in, and that would be when he would be at his best and most focused. 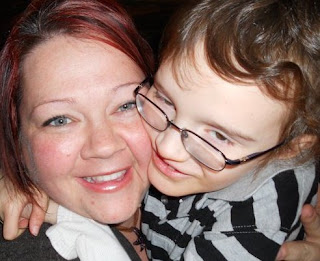 Well, all I know is that I went back to work feeling good.  I was stressed about what was going before I went to the meeting.  I went back and dealt with what I could, moved past what I couldn't.  I let go of the stress and just worked.  It lasted all afternoon.  By the time I was driving home, I was in an almost manic state, listening to Little Lion Man, singing at the top of my lungs.  When I actually punched the steering wheel, as I was rocking out, I realized I was a bit out of control.  I got home and it continued.  I made dinner and felt good and happy.

It has since worn off and I am tired now.  But if it can impact me that well, I can only dream about what it will do for Sebastian.  I can't wait.  I am so excited and hopeful.  This is the best feeling in the world.