For the last couple of days, I have been noticing a big difference between the way that I and my husband think.   It is glaring and now that I have noticed it, I can't NOT notice it.

I know that it isn't always feasible to be a now person.  There are challenges- money, previous plans, other people's schedules, and just the simple logistics of starting and finishing projects.  But I love the rush, the excitement that I feel when I get an idea or an urge and I am able to act on it right away.

Geoff is a later person.  As in "someday, but not right now".  I will tell him that I want to do something, or go somewhere, and he will agree that it is a good idea.  When I ask him to pack it up and get ready to go,  he usually gets that confused look on his face, as he begins to understand that yes, I did mean today.  The excuses usually start.  Sometimes, he goes with it.

It causes conflict in lots of different ways.  I will ask him to do something.  I mean now.  He does it later.  I get pissed.  He is confused (seeing a trend here?  Geoff doesn't put as much though into these things as I do.)
﻿ 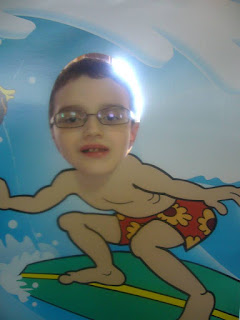 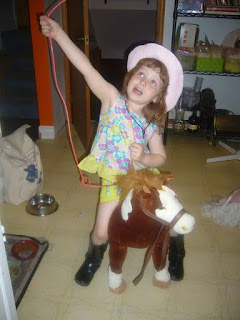 So, how do I reconcile this?  How do I make this work?  We will be married for 15 years this year.  You would think that I had figured this out by now.  I am trying to be a bit more flexible in my expectations.  But I end up doing a lot of stuff myself.  I will ask him to make the kids breakfast.  When 20 minutes has passed and he still hasn't done it, I do it myself.  To tell the truth, if he doesn't jump in the first minute or so, I usually do it myself.  Maybe that makes it easier for him to continue to a "later" person.   Usually it makes it easier for me to continue to be a "now" person.

There is something I am struggling with.  Their "nows".  The "let's go to the park" and "let's paint!" and "let's play hopscotch".  When their "nows" conflict with mine.   I find myself saying no, not now, later.  I want them to be nows.  I am forcing them to be laters.   That makes me feel like a bad mom.  I need to find a way to fix this.  Now.  Not later.

I'm Awesome! Don't miss any of my awesomeness! Sign up for email updates. Totally free.