Growing up and growing apart

Tonight, I realized my son is growing up.

As many of you know, Sebastian has autism.  His autism manifests in many different ways: speech and language difficulties, obsessive behaviours, interests and abilities well below what would be considered typical for his age (he will be 11 in November).

So, when I realized tonight that he has outgrown Sally, his beloved dolly, it felt like a kick to the stomach.  I was proud of him, but it made me oh so sad too. 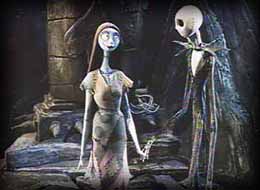 Sally has been with us for many, MANY years.  Sally is from the movie "A Nightmare Before Christmas".  When Sebastian first watched the movie, probably about 7 years ago, he immediately loved it.  He wasn't frightened by it at all.  And he just fell head over heels for Sally, the main girl in the story.  Sally is a rag doll, put together by the mad scientist.  She is in love with Jack, the Pumpkin King, but he doesn't return the feelings until the end, when he finally realizes how amazing she is.


At the time, Nightmare wasn't quite as popular as it is today.  It was very, very difficult to find anything with Jack or Sally on it.  So when someone (for the life of me, I can't remember who bought her for Bastian.  It might have been Auntie Dawn, but I'm not sure.  Forgive me) found the long limbed and beautiful Sally doll, it was a real score.  Sebastian loved her from day 1.  He rarely went anywhere without her.

Through all of Sebastian's surgeries, Sally was there.  She would be wheeled into the operating room, tucked tight, tight, tight under his arm.  He would pull her in close to his face as he cried, when he was scared and frightened by the doctors he constantly had to see.   Therapists would always ask him to tell them about the pretty little doll he had with him.  His response was always to hug her close and whisper "It's Sally".  When he began to learn and explore imaginative play, it was Sally he would swing around the room, who would fight Wonder Woman.  Sally would walk and talk for Sebastian, when he was still just learning himself.  Sally travelled to PEI with us, held tight in his grip, when the plane made him nervous.  Sally went to Great Wolf Lodge for all the overnight stays.  Sally was the first in the suitcase for sleepovers at Grammie and Papa's. Whenever we went out for a drive, the last thing he would grab was Sally.  Sally went to nursery school and the NPCC with him.  His teachers knew Sally as well as we did.

She was his constant, his comfort, his solid.  In a world he can't control and can barely understand, he would hold Sally to his face; smell her face, hold her corduroy hair, brush her velvety dress across his mouth and nose.  And Sally would help him block out everything he couldn't deal with.


Next to Mommy, Sally was probably one of the most important girls in his life.


Tonight, I was tucking Sebastian in before bed.  We have a routine: pjs, bathroom, meds, bed, story, prayers, nightlight, music, sleep.  I was just putting the music and the nightlight on, when I spotted Sally, laying on the floor, just behind his toybox.  I scooped her up and went to hand her up to him (he is on a top bunk).
"Here buddy", I said, "I found Sally.  She must have fallen out of bed, when I changed the sheets yesterday".

Sebastian didn't even look over.  Just rolled over and yawned and said "No, that's ok.  Good night."

And that's when it hit me.  He doesn't need her any more.

I started to remember all the things that he has done lately, and Sally wasn't there.  All the nights that he had gone to bed, and I found her later, tucked in a basket or a corner somewhere.  I tried to remember the last time he had actually asked for her, and I couldn't remember.

It makes me happy that he has outgrown her.  It really does.  I won't have the awkward conversation when he is 16 and going to high school and wanting to take Sally along for the ride.  :)

But it makes me sad too.  Sally was so much a part of all of our lives.  She deserves to be loved and cherished for so many more years to come. I keep thinking of Buzz and Woody and all the forgotten toys from the Toy Story movies (I bawled my eyes out in the last one, when Andy gives the toys away.  SOBBED!).

Of course, Sally will always have a home here.  I will never, ever give her away.  I will keep it for the day that I maybe have grandchildren of my own.  They can know that Sally was Uncle Sebastian's, and play with her, just like he used to.  Until then, I will keep her safe and warm and loved.

But I don't think I can ever replace that pure, sweet love that he gave her.  I can't ever duplicate that.