I know I have talked about this before, but I LOVE Cesar Milan. 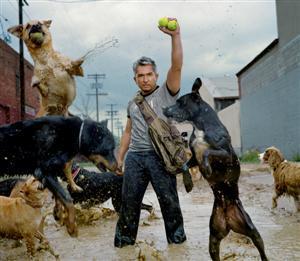 I have read one or 2 of his books and  back when I had TV, I watched his show all the time.  I love his philosophy of calm assertive energy, and being the pack leader.  He makes it look so easy and so logical, but I can attest to the fact, it really isn't.  When you are in the heat of the moment, and the dog just ripped open the garbage all over the floor you just mopped, it's hard to stay calm.  But I hearken back to it more than I ever thought I would and those moments of "not calm" are becoming further and further apart.

As you know, my brother has been working like a rented donkey in my back yard.  He has just gone to town and has done it willingly and cheerfully, with a song in his heart and swear-words on his lips.

I wanted to get something for him, to say thank you.  But he is IMPOSSIBLE to buy for.  Whatever he wants, he just gets.  He buys it himself. Plus he can be picky about things- if he doesn't like it, he doesn't like it, and you can't do anything to change his mind.  He gives gifts like a champion, but isn't fond of receiving them. 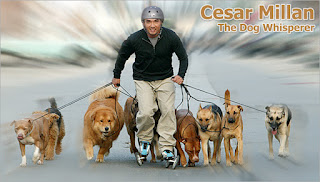 So, today, I saw that Cesar Milan is coming to Toronto.  I was sad that I missed him last time around and now I had a shot a pre-sales.  Adam immediately sprang to mind.  He loves Cesar too.  I got him the full set of Cesar DVDs for his birthday last year and he really, really likes them.

Now the dilemma...would Adam actually go to see Cesar?  I dunno.  Neither did Geoff.  Or my mom and dad.  Everyone I asked had absolutely NO IDEA if that was a gift that Adam would actually like.  The tickets cost enough that I wasn't willing to take a chance that he wouldn't like them. I wanted to get him two, so that he could take someone if he wanted, or I could go with him.  Since no one seemed to know, I decided to go straight to the source.  I just flat out asked him. 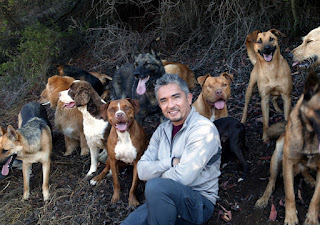 Tonight when he came to check up on his work in the backyard (he has been away on a job for a couple of days) I mentioned that Cesar was coming and if he would be interested in going.  He said he was already planning on it.  I said that I wanted to go too, and that I had a chance for presale, was he planning on going with anyone?  He wasn't, he had seen the presale himself and that was what put the idea in his head.  I told him I would snag the tickets and we could go together.  He agreed and it was a done deal.

How's that for a master manipulator at work??  LOL...Adam's not big on subtly, so I figured the direct approach was best.  This way, I got to buy him his ticket, and I get to go see Cesar.  Win/Win.

Even if I never say that it's a thank you gift (like I said, he doesn't like them), in my heart, I will know that it is.  And for now, that's good enough.