So, here we are, one week into the new year.  Still trying to figure out where I am at, and where I am heading.

One of the leading themes in my head over the last couple of weeks of 2013 and this first week of 2014 is control.  More specifically, lack of control.

I am feeling distinctly out of control.  I feel like I have let my life and all it's accompanying parts slip out of my fingers like so many marbles, and let them bounce and spin and scatter out of control.  Sure, it was fun at the time!  Super duper fun!  Watch them go, let's laugh and kick them to make them spin.

But now, it's clean up time. It's time to move the coffee table and couch and find all those little stupid fucking balls and pick them up.  I know that a couple are going to get sucked up in the vacuum, for sure, and some time, when I'm not looking I will step on one, the dog will eat one and the cats will find a couple to bat around in the middle of the night.

You picking up what I am putting down here?  Basically, I just let life happen, and I didn't bother with the consequences.

Now, I have to figure that shit out.  I gots to clean up my messes. I mean this literally and figuratively. 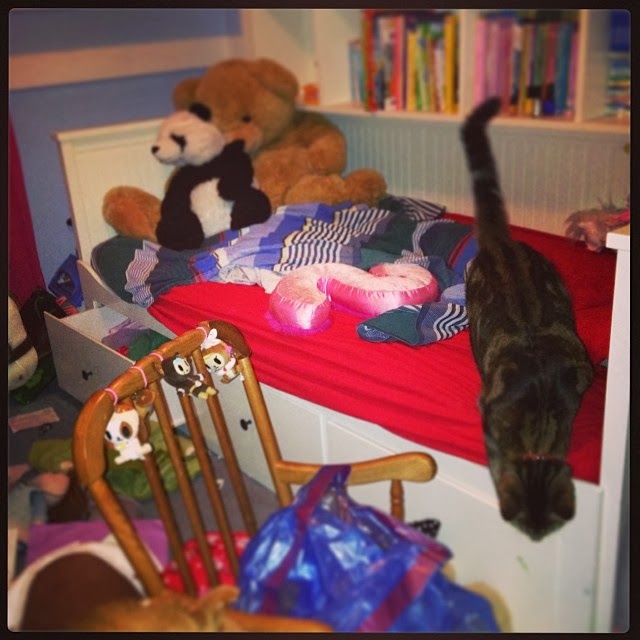 Take for example, I am cleaning Sawyer's room.  I started yesterday.  I will be continuing tomorrow aaaand probably the day after.  I have 2 bags to donate already, plus a garbage bag.  It still doesn't look like I have made a dent in it.

Someone asked me today why I let it get so bad.  It's totally my bad.  I let life get in the way.  For about a 2 week period, I chose to shut the door rather than clean it.  Unfortunately, this 2 week period co-ordinated with her time off school, so the mess was maximized by 24 hour access to the area.  It was Christmas, and I had other things to do, and think about and focus on.

I just got lazy and let it go.

Don't get me wrong, I asked her to clean it.  Every day.  About 4 or 5 times a day.  And she tried.  She would move things around, pile them in new spots.  Usually when she did that, she would uncover something new and then the mess got added to.

Basically, I lost control of it.  I let the control go.  I handed it to Sawyer, and let her run with it.  I am taking the control back, but it takes time.

A sad side effect is that the time I am using to clean her room, means that the rest of the house is degenerating at an exponentially increased rate.  Sigh.  I am sure I will be able to catch up eventually.  I did double digit loads of laundry in the last 2 days.  That has to count for something.

My 2nd example- ugh.  My diet.  Gah.  I don't even want to think about it.  I ate and drank and ate and drank and drank and ate my way through the holiday.  Oh yes.  I have lived in yoga pants for the last couple of days.  Mainly because I don't want to go anywhere near my jeans.  I think they are just going to disappoint me.  Yes, it is the jeans, and not me.  Anyway, because of my extreme disappointment in my wardrobe, I got back on the PINK bandwagon.  I have recruited a couple of helpers to motivate me, and I hopefully will see some results.


My 3rd example of loss of control is Sawyer.  I am starting to realize that I am losing control of her.  I adore her, she is my soul.  But, I am really afraid that she is becoming a bit of a brat. 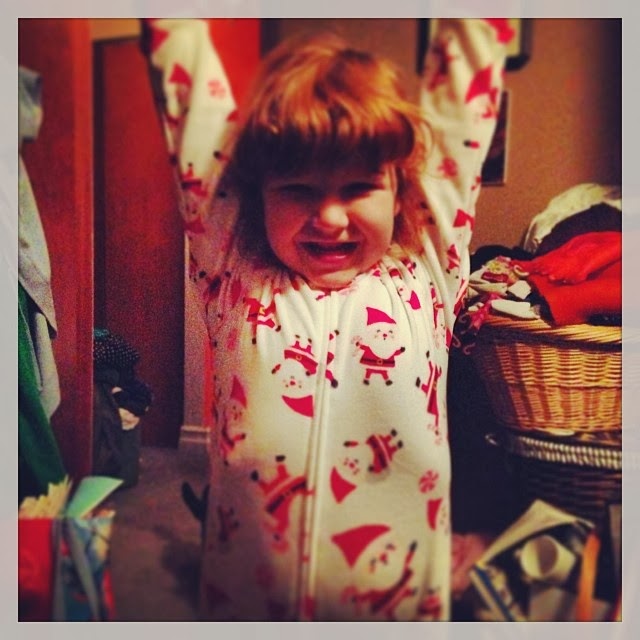 She is great out of the house.  We get nothing but good feedback from school.  Playdates go very well. But around here, she is a terror.  She interrupts every conversation she can. She NEEDS to be the centre of attention (so much so, even she calls her interactions with others the "Sawyer show").  She backtalks, she tattles on Sebastian constantly.  She whines to get what she wants, she cries at the drop of a hat.  She refuses to help around the house, she is pickiest eater I have ever met.   I think I still have the chance to turn this around, but I am very concerned about losing this control. 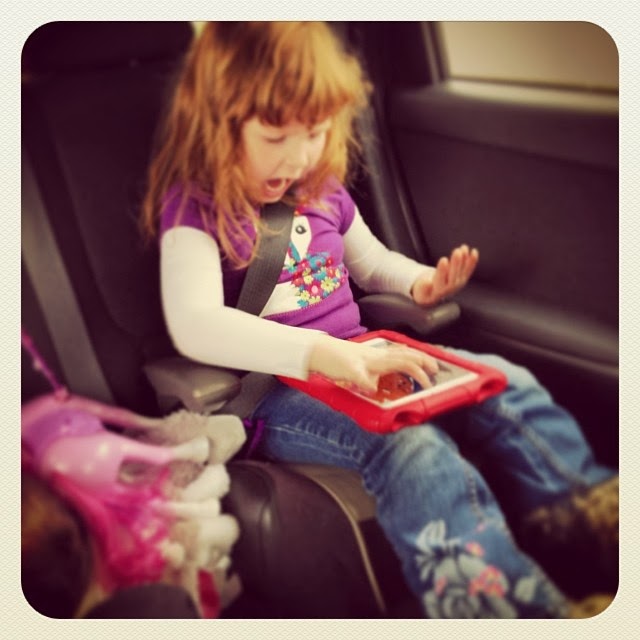 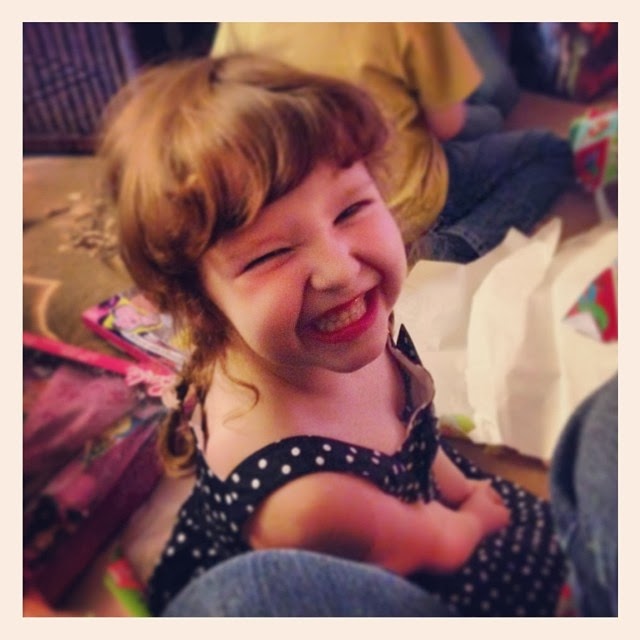 There are other parts of my life that are out of control.  Well, out of my control.  I am working on them.  I am trying to bring that control back in house, as it were.  I am thinking about them, planning for them, trying to figure that shit out.

So.  I have all that.  I know that I always have had this stuff.  But for a long time, I had a tight leash on it.  I knew where my shit was, what it was doing and how it was doing it.  If something dropped, I knew it, and I collected that back up and took care of it.  I juggled everything, maybe not well, but I did it.  I am realizing now why I did that.

I held it all because it is so fucking hard to pick everything back up.  I have an armload and I am trying to scoop up more.  I know when I get it all back, I will be good.  It's the process of getting there.  It's easy to get tired.  It's easy to get distracted and to want to give up.

So, it's a week into the new year.  I'm feeling overwhelmed.  I am feeling tired.  But I am feeling hopeful.  Ask me in a week, to see how far I've come.